I am way behind here - waaaay back at the beginning of March, I visited my sister's family at their new home in Iowa for the occasion of my niece's fifth birthday.  My nieces are simply the sweetest girls on planet earth, and (bestill my heart!) they both are into knitting.  So, you understand, we HAD to dye some yarn. 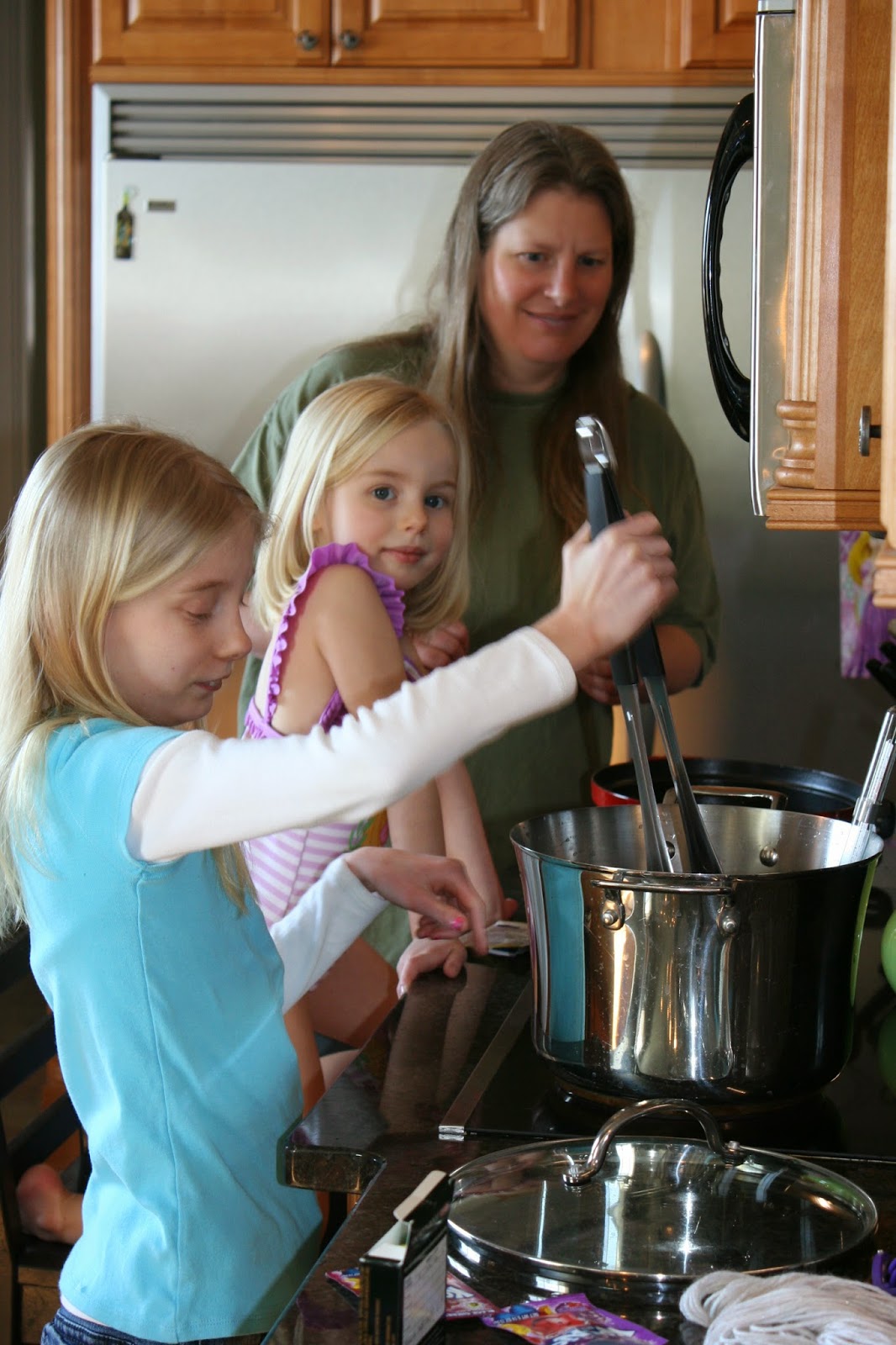 The cheeky little blond (wait, they are both cheeky little blonds) in the swimming suit is the birthday girl.  It was below zero Fahrenheit outdoors that day, but she insisted on wearing the swimming suit that I bought her for her birthday.  I think it had Rapunzel on it, though THE character of the birthday weekend was Elsa from Frozen.  Alas, there were no Elsa swimming suits at the Disney store.  We later persuaded her to at least put on some clothes underneath it.  It made me shiver just to look at her. 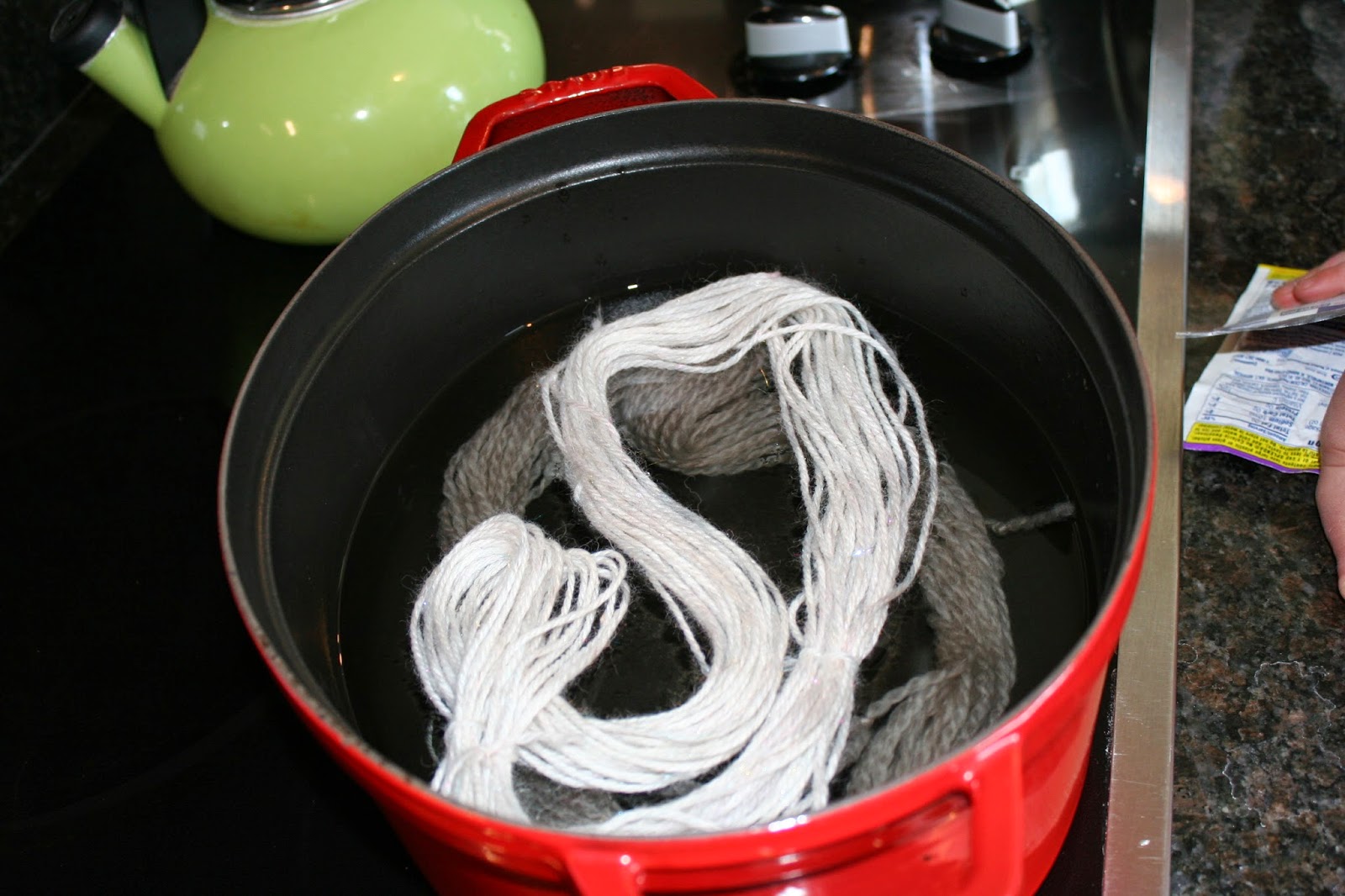 Here we are before adding dye.  We used Kool-aid and food coloring (both work great on wool!) 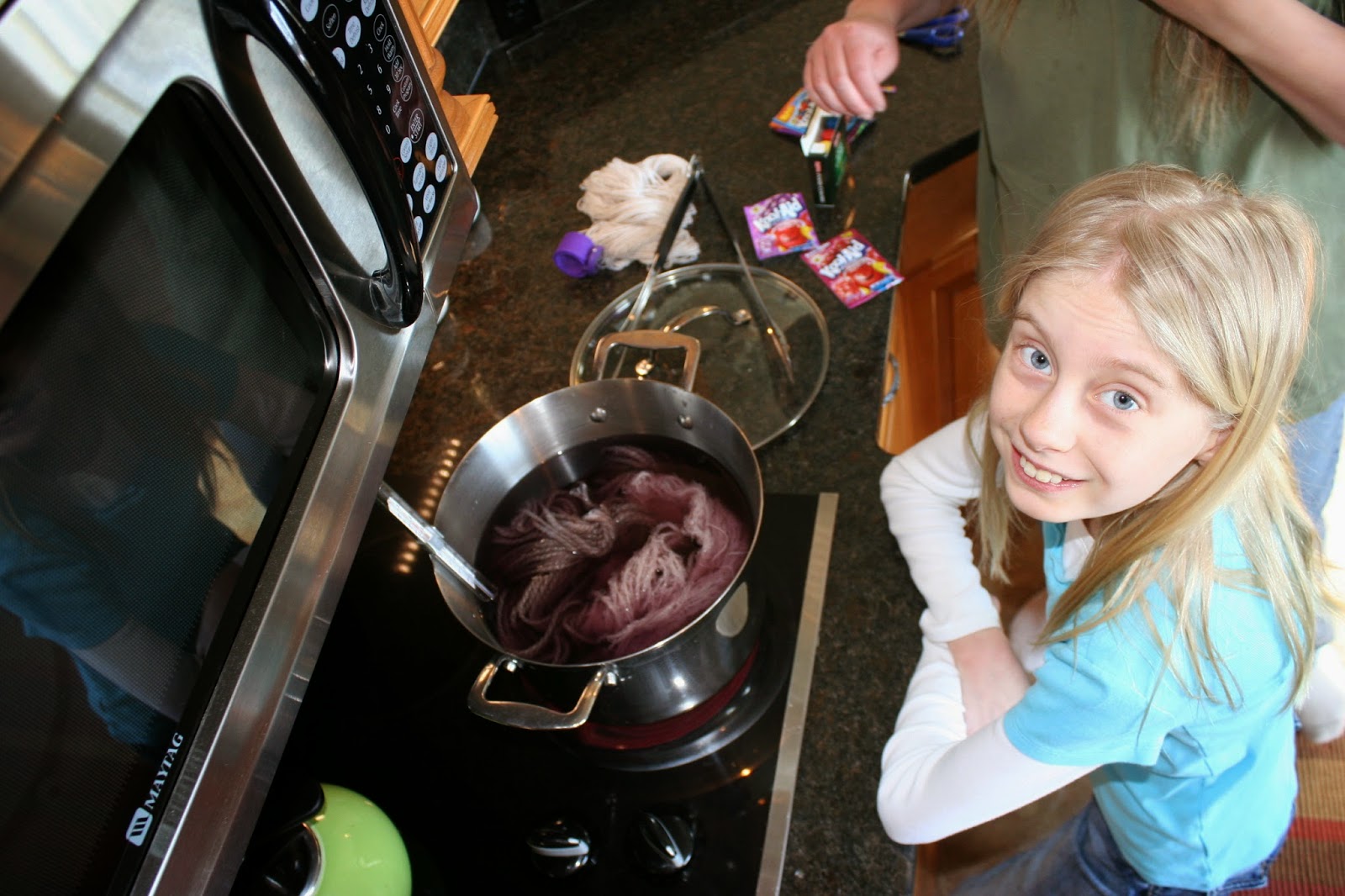 Addi with her first batch, carefully monitoring the temperature, as was I.  At the altitude where I live, water begins to almost boil at just the temperature where I slow things (about 180 degrees), and it makes an audible rumble that tells me when to turn down the heat.  Unused to cooking, nor yet dyeing yarn in the lowlands, I made sure we used a thermometer to keep the dye pot from getting too hot.

Somehow I lost the photos of our many finished hanks of lovely yarn.  But I'll close with my favorite photo of the weekend . . . dear little Lauren knitting away at her project. 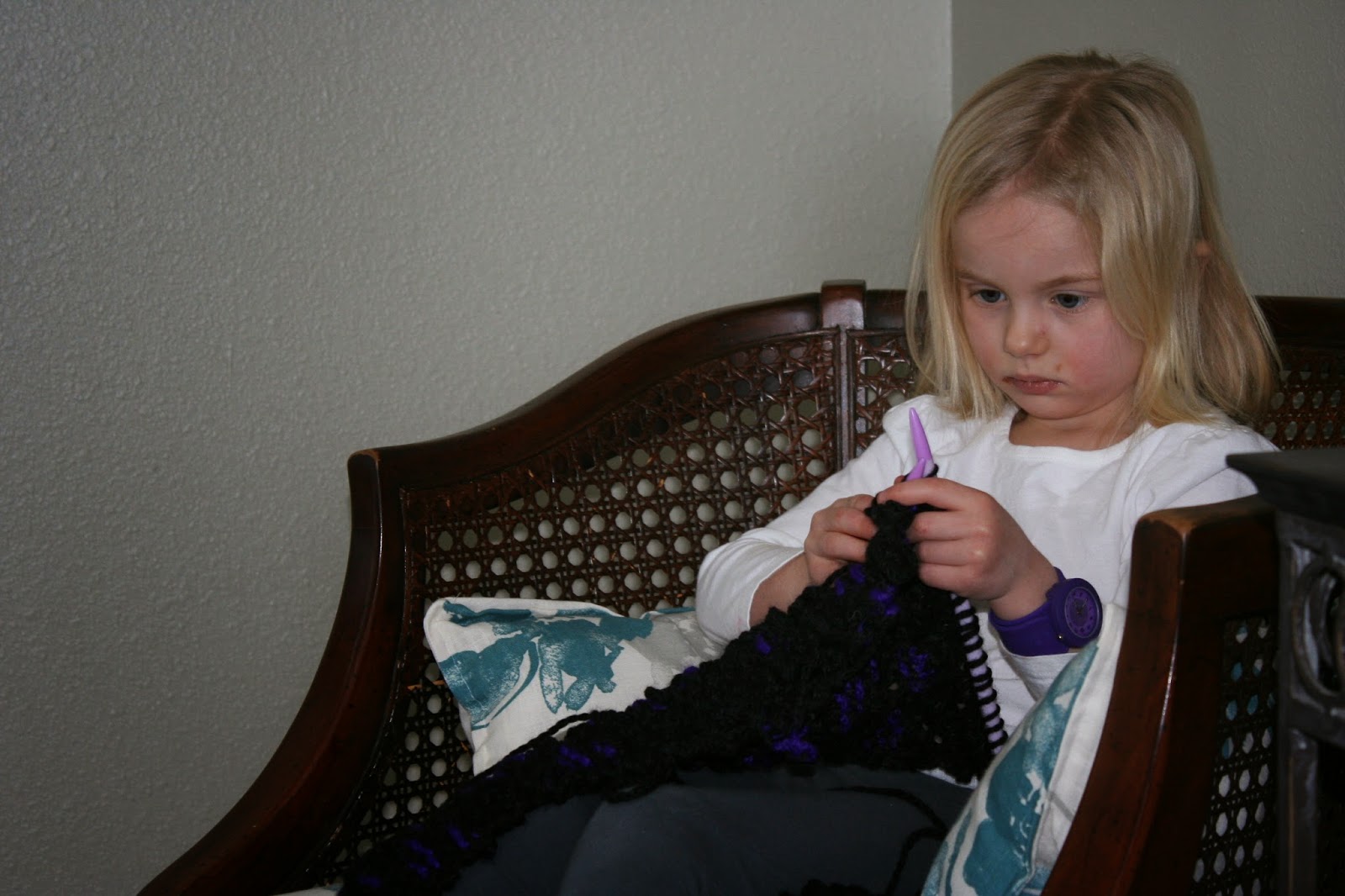 The look of concentration on her face is the best!
Posted by kimberly at 5:53 PM