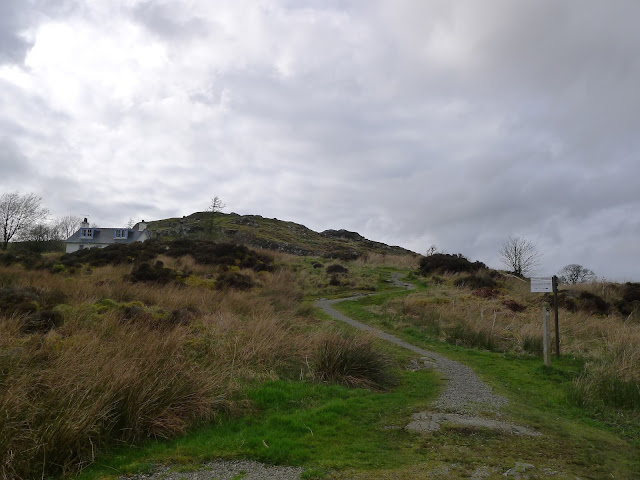 The path up to the top of the hill fort.

I love when a knitting design has historical, geographical, or situational relevance.  I love it even more when I have the privilege of visiting a place and knitting an object whose design has ties to it.

"Dunadd" (Dun Ad in Scottish Gaelic) means "fort on the River Ad."  This site is located in the Kilmartin Glen, Argyll and Bute, Scotland. Activity at this site dates back to the Iron Age, and it later became an important political, trading and ritual center for the Kingdom of the Dal Riata.

We visited on a predictably cloudy day in April, while touring the Kilmartin Valley, an area rich in neolithic sites and standing stones. 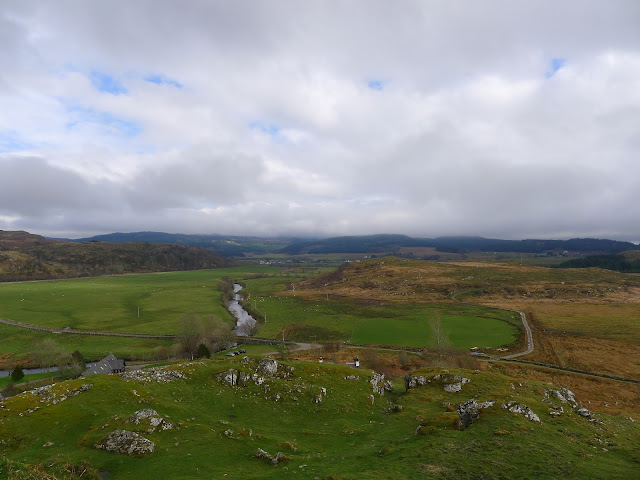 View from the top,  of the River Ad and the valley below 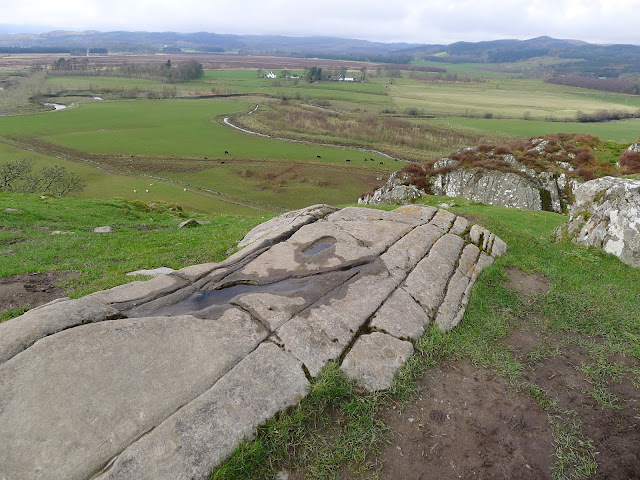 The "Inauguration Stone" Dunadd is thought to be the site where kings were inaugurated.  Note the outline of a foot in the center of the stone; it is believed that the king placed his foot into this carving, linking him to the land and people (Webb, Sharon (2013) In the Footsteps of Kings. Kilmartin House Trust, Argyll, Scotland

Prior to this trip, I had purchased a kit for a wrap, designed by Alice Starmore, named Dunadd.  It features two moderately intricate Celtic knot designs.  It has been a pleasure to knit so far. 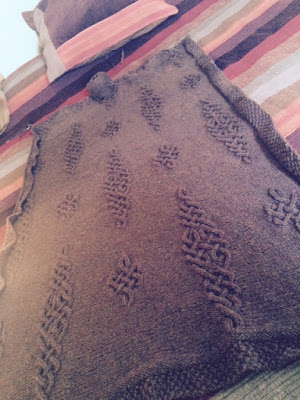 As with many things that I knit for myself, this fell into queue behind samples for my yarn business, gifts for others, and other activities.  Now though, I am nearly finished.  Happily, it even matches our new bedspread!

I chose the color Caper Caillie, one of my favorites from Virtual Yarns.  My gauge is off, so it will use more yarn than called for, but that is not a problem - I am pleased that it will now be large enough to serve as a throw, or a very large cosy wrap for our chill nights in Colorado.